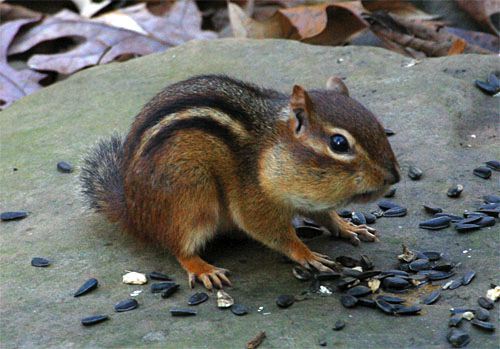 Within the next 2 months I’ll be moving, so I’ve been packing and sorting through things that I’ve collected over the years.  While living in this house I’ve graduated high school, went to college, moved to another country, moved back to America, and have done a lot of cleaning and organizing.  As I go through my things, I can’t help think of the several episodes of Hoarders that I’ve seen and reflect on the hoarding tendencies some immediate family members have/has had.
I’m not a hoarder, but my grandparents are/were:
My grandmother who passed in ’97 was a severe hoarder.  When we were cleaning out her house we found items of all kinds from the 60s, 70s, 80s with tags still on them. When she got hooked on a product she kept buying it.  There were over 60 shades of blue eyeshadow and 27 tubes of red lipstick in her (most commonly used) medicine cabinet.  We had prescription drugs dating back from the 60s. Toys,  books, perfume, cleaning products, canned food, clothes, hats, jewelry… It was amazing to see what fit in that little Cape Cod style home.  My grandfather didn’t hoard anything.  He was a simple man married to a woman who loved to buy stuff… lots of stuff.

There’s a short story written by one of my favorite authors, Isaac Bashevis Singer, about a woman who leaves a list of things behind she wants added into her coffin when she passes.  She passes and her coffin is filled with so much stuff it can’t close.  A character in the book says something catchy about having so many things that can’t pass into the next life with you and the story ends.  I instantly thought of my grandmother, who did pass, because she did have a few small requests.
Moving on…
My Pappy is a sentimental hoarder. He’s a diehard Pittsburgh Steelers fan and I would buy him trinkets of any other team but the Steelers.  He’s never thrown them out, instead my mom did when he wasn’t looking (this past year).  He has shoe boxes of every card we’ve ever sent him or signed our name in.  His walls still have our arts and crafts projects from well over 10 years ago.  His apartment is a museum of his grandkids.  Every time I visit him in his apartment, I can’t help but smile and feel so special because of all the things he’s saved.

My nanny is an OCD hoarder.  She has a lot of stuff, but its meticulously organized.  Its insane.  She’s has a few beautiful collections and then there’s just stuff. There’s just SO much stuff for one person.  My great grandmother, who I met once, hoarded animals.  Uh, yeah, I’ll just put that out there.  I’ve had the pleasure of meeting A LOT of senior citizens with homes full of things from throughout their life, but my nanny tops them all.  (The guy who had 2 basements doesn’t count, it was more like browsing an antique store.  Little factoid for you: when you have a second basement, or the basement has a basement, it’s called a sub-basement).

My dad is a hoarder.  Its combined sentimental things and junk.  Literally, junk.  Whenever I’ve visited him I’d wince seeing all the stuff en route to the bathroom. To be honest, I’ve only visited my dad when the weather is nice enough to sit on the porch.

My mom isn’t a hoarder, but she likes things.  I’m trying to teach her to organize.  I really can’t elaborate any further.

My brother and I keep immaculate spaces.  We known where are things are, we like our things just so, we watch people touch our things, and we totally trust one another with our belongings since we follow the same code.  We’re not crazy.  We’ve thoroughly discussed this.  It took my brother awhile to grow to this point, whereas I remember always being this way.  He now understands why I’d freak out when I knew someone was in my room touching my things as a kid, because there was so much crap around us growing up that people touched all the time.  Everything in my room didn’t have to be touch by anyone else unless I invited them in.

Back to my stuff & packing:

Have I used a lot of boxes? Not really.

Do I have any collections? Small things: jewelry I’ve collected from travels, sand in bottles from around the world, pieces of art from my travels, and cds/dvds/books.  Nothing too major.

From seeing all this stuff and experiencing the cleaning growing up, I can’t fathom the idea of owning a lot of things.  I say that now, as I’m single. I’m sure when I get married and have kids I’ll end up with more things than I’d like.

Have you ever had a wake-up moment of owning too much stuff?

Do you collect anything? Do you have multiple collections of things?

Do you know someone who hoards?